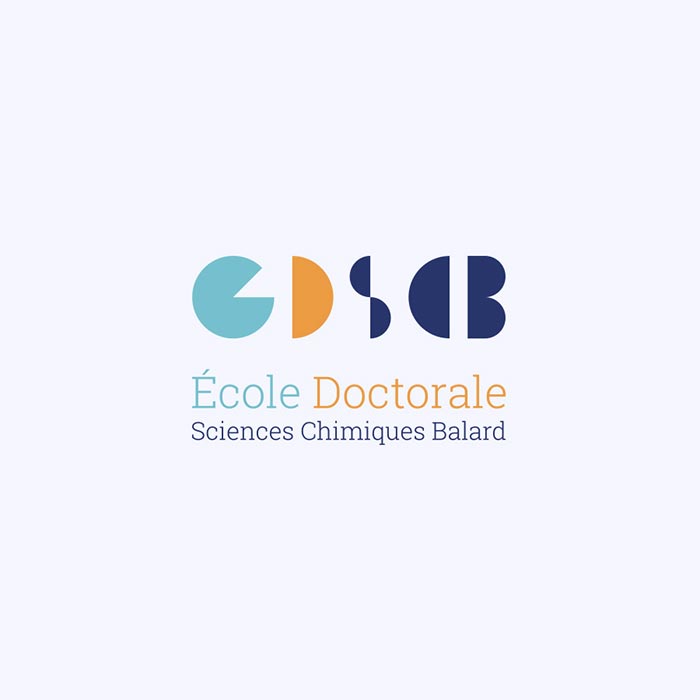 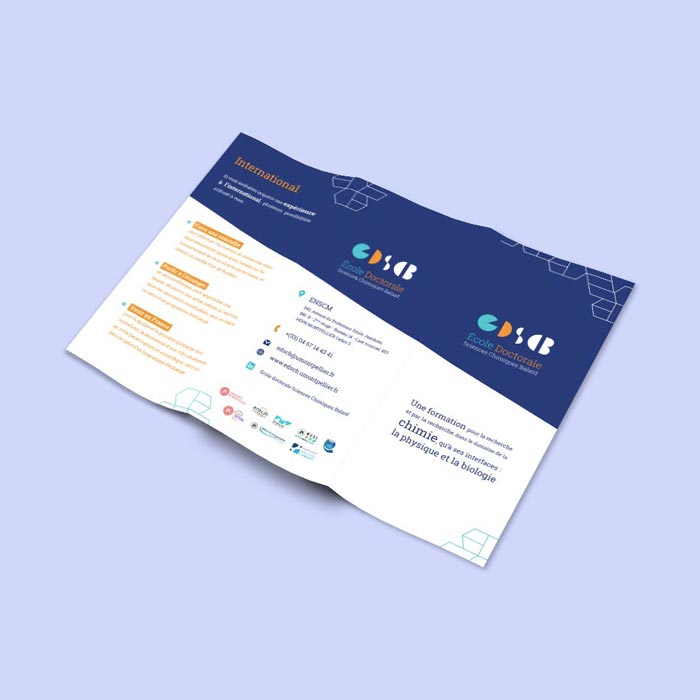 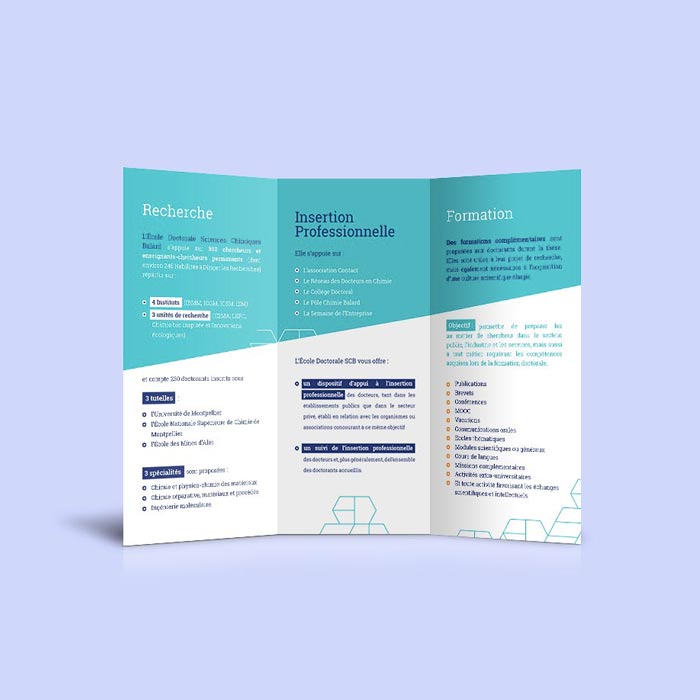 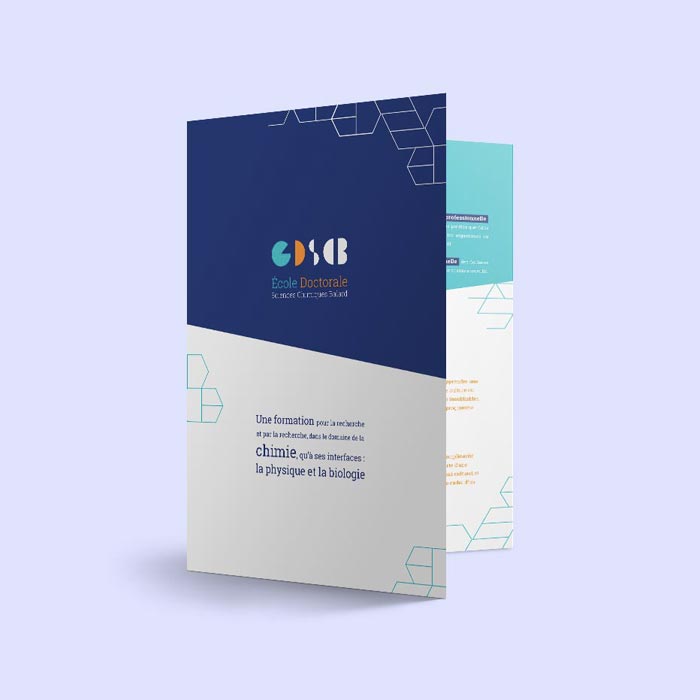 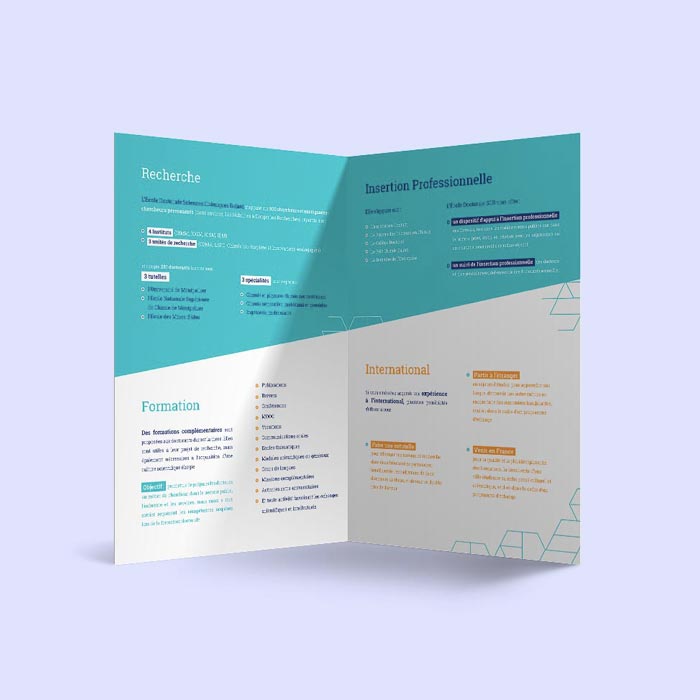 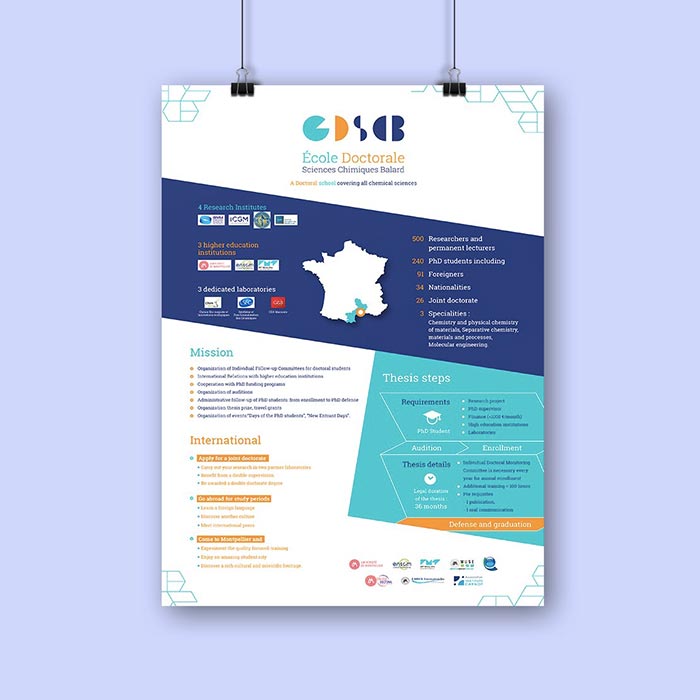 L’Ecole Doctorale de Sciences Chimiques Balard (EDSCB) in Montpellier trains PhD students and research professors in Physics, Chemistry and Biology. It is a partner of the University of Montpellier, the National School of Chemistry in Montpellier and the Ecole des Mines d’Ales. For this new year, the EDSCB wanted to completely change its visual identity and its logo, become obsolete, for a new image more current and attractive. Several logo proposals have been made, some translating the physical and chemical sciences, others the principle of modules inspired by molecules, and finally one of them the association of the three schools mentioned above. The decision makers hesitated between two proposals, and finally the simplest logo was chosen, for its readability and simplicity, to best represent the school both current and open to all. The logo n ° 2 in the researches was much acclaimed but not retained because felt like “too futuristic” and “elitist” in its treatment. However, I decided to reuse this track as a modular illustration that would add a graphic and light touch in the documents. The visual identity thus defined was thus declined on several print media: an open A4 brochure in 3 parts, an open A3 brochure and poster poster. 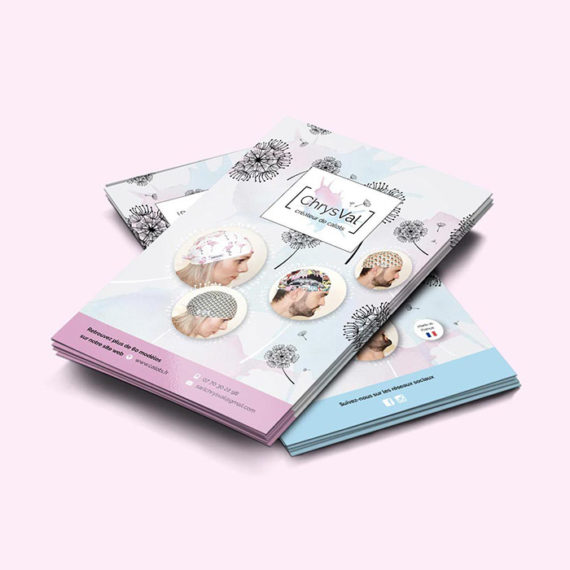 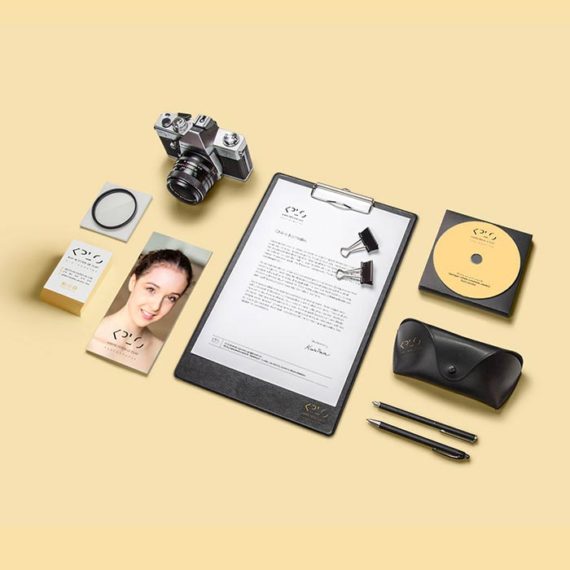 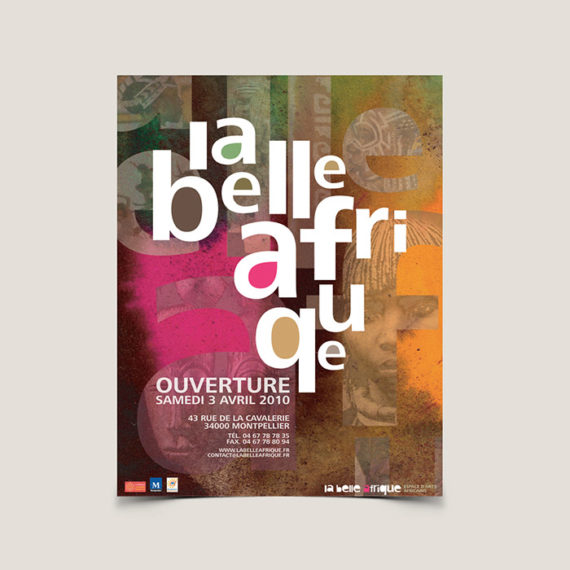 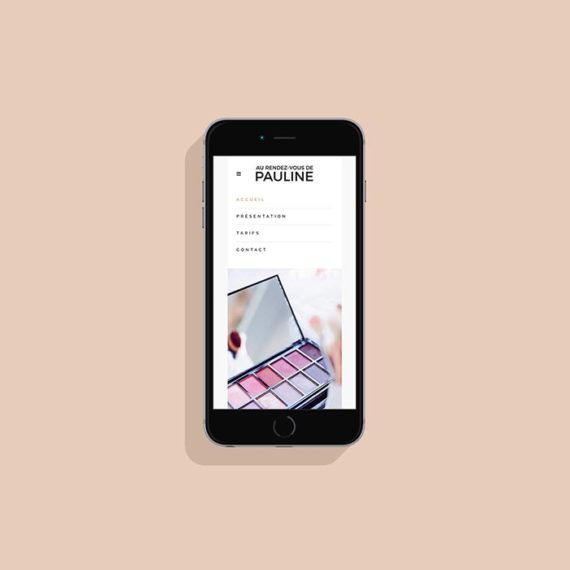